How to Identify Reversal Stocks in the Market? An old investment adage states, "Stocks rise by escalator and fall by elevator." Stock prices tend to rise slowly before falling sharply and frequently abruptly. When the direction of the prices of stocks or other asset classes changes, a trend reversal occurs. Here is a basic overview of stock market trend reversals and how to identify early reversal equities.

What is a Reversal?

A price reversal is a change in an asset's price direction. A relapse can occur in either the up or down order. A reversal following an advance would be downward, and a reversal following a downward trend would be to the upside. Reversals are often not dependent on one or two periods/bars on a chart but rather on the direction of the price as a whole.

Specific indicators, such as a moving average, oscillator, or channel, can aid in identifying trends and reversals. Reversals are similar to breakouts.

What is a Stock Market Trend Reversal?

Most investors are aware of the volatility of the stock market. Stock prices fluctuate to the harm or advantage of buyers and sellers. Although stock values are continually shifting, they frequently follow a general upswing or decline, depending on the status of the economy as a whole. These ascending or descending trends may persist for months or even years. 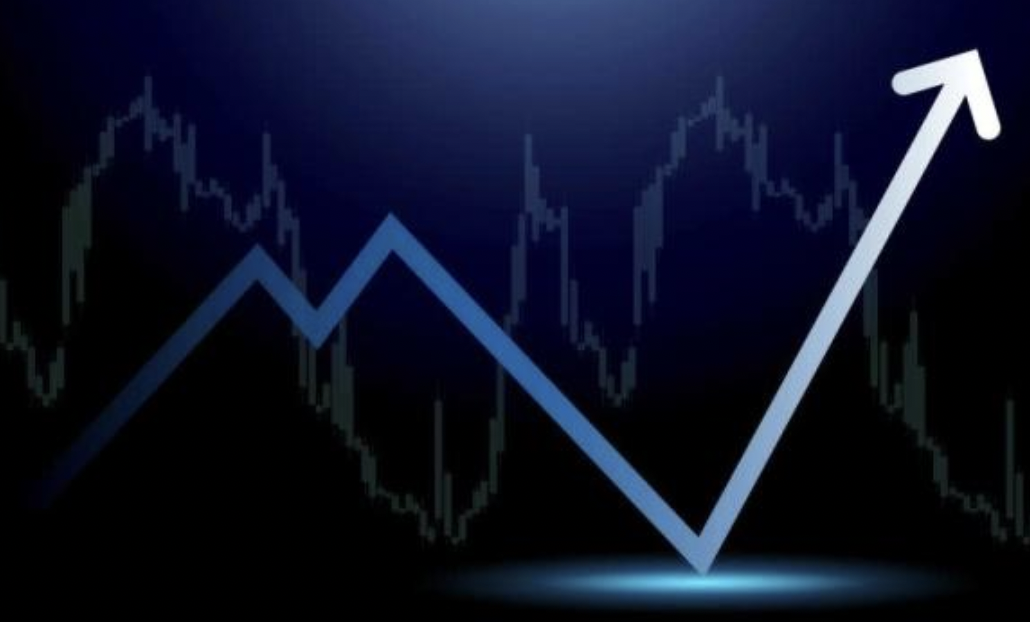 What Does a Reversal Tell Us?

In intraday trading, reversals occur frequently and quickly but may occur over days, months, and years. Reversals occur on several time frames that are pertinent to various traders. A five-minute intraday reversal is irrelevant to a long-term investor watching daily or weekly charts for a turnaround. However, the five-minute reversal is crucial for day traders.

At the stock market's apex, a bullish trend reversal occurs. Investors may believe that most upward potential is already priced into a stock's price or that a significant event has occurred. Suppose the economy has been developing too quickly, and monetary inflation is occurring. In that case, a central bank, such as the Federal Reserve System, might cause a bullish trend reversal by increasing interest rates. Bull markets, which typically endure for several years, formally conclude when asset prices fall 20% from their apex.

In the trough of the stock market's cycle, bearish trend reversals occur when dropping asset prices begin to rise. By lowering interest rates — which increases corporations' and consumers' access to credit — by boosting the money supply and governments' efforts and expenditures to stimulate their economies, these price increases can be produced. Bear markets, often much shorter than bull markets, are officially over when asset prices rise 20% from their lowest point.

Example of How to Use a Reversal

The chart depicts an uptrend moving within a channel, with higher highs and higher lows. The price initially breaks out of the track and falls below the trendline, indicating a possible change in trend. The price then strikes a lower low, sinking beneath the previous channel low. This further validates the bearish reversal.

The price then continues to decline, establishing successively lower lows and lower highs. A bullish reversal will not occur until the price sets a higher high and higher low. However, a move over the declining trendline could signal an impending reversal.

The example also demonstrates the subjectivity of trend analysis and reversals by referencing the ascending channel. Multiple times within the track, the price hits a lower low relative to the preceding swing, but the overall trend remains upward.

How to Identify a Reversal of Trend

You are more likely to detect a trend reversal if you are knowledgeable about the present phase of the economy and the factors that most frequently induce a phase transition.

Restriction on the Use of Reversals

In the financial markets, reversals are a way of life. Prices always revert at some point and will see several up- and reversals over time. Ignoring reversals may lead to an increase in risk beyond what was anticipated. A trader believes, for instance, that a stock that has increased from $4 to $5 is well-positioned to become significantly more valuable. They rode the upward trend, but the stock is now falling to $4, then $3, then $2. Almost certainly, reversal indicators were visible before the price touched $2. They probably appeared before the price reached $4. Therefore, the trader may have secured a profit or avoided a losing position by keeping an eye out for reversals.

When a reversal begins, it is unclear whether it is a pullback or a reversal. Once it becomes apparent that a reversal has occurred, the price may have moved a considerable distance, resulting in a substantial loss or profit erosion for the trader. Consequently, trend traders frequently exit while the price is still going in their desired direction. Thus, they should not be concerned about whether the countertrend movement is a pullback or a reversal.

False signals are a reality as well. A reversal may occur using an indication or price action, but the price promptly resumes its earlier prevailing direction.

Comparison of a Reversal and a Pullback

A reversal is a change in an asset's price trend. A pullback is an intrastrand countermovement that does not reverse the trend. The formation of uptrend results from higher swing highs and higher swing lows, and Pullbacks result in the construction of higher lows. An uptrend reversal will not occur until the price strikes a lower bottom on the time frame the trader is monitoring. Reversals always begin with possible pullbacks, and in the beginning, it is unknown which option will ultimately prevail.

How to Identify Reversal Stocks

Since the beginning of free-market trading, the subject of determining the price at which stock would change direction has been at the forefront of each trader's thoughts. Every trader desires to purchase at the absolute low and sell at the whole top. Unfortunately, this situation rarely occurs in a trader's career, not every time they trade.

However, you may use tools and strategies to predict better when a stock is poised to reverse direction. Armed with this information, you can properly set your stops, take your profits, and realize more and more significant trading winnings. We refer to these events as early reversal signals since they occur just before a trade reverses.

The stochastics oscillator is intended to reveal levels of overbought and oversold conditions. If you are entering a strong bullish trend, the oscillator may indicate overbought conditions, which may last for some time. However, this indicator excels at recognizing when a swing is complete in a sideways-moving channel.

When a trend has reached extreme heights and is about to reverse, the stochastics indicator will often cross below its overbought levels. If this occurs, you should, at the very least, tighten your stops, but it's probably time to close the trade and lock in any profit you've made because a bearish continuation might be fast and expensive.

When a stock is trading within a channel, stochastics are very effective at predicting reversals before they occur.

In a channel, the share price oscillates between support and resistance within a trading range. Consider AAPL's several-month-long consolidation between $120 and $130.

These signals are advantageous because they often inform us within a couple of trading days that the stock is about to reverse direction, giving an excellent opportunity to either reverse your position or at least lock in your winnings from the last trade. The stochastic oscillator can be a remarkable reversal of impending reversals.

2. Stock is trading at Resistance

Identifying resistance zones is one of the oldest ways to predict a reversal and one of the most proven and time-tested. There is evidence that this method is at least 100 years old. No matter how ancient it is, it functions as well as it did in the early 1900s.

Looking to the left of the chart and drawing the line at every price point where a stock made a significant turn identifies resistance. It appears straightforward, but the miracle is that when the stock returns to this price range, it ceases trading and typically reverses direction.

The image above shows how the resistance we created right below $55 eventually served as support. The barrier at $65 signified indecision, and the eventual hurdle on this chart was the same resistance we observed at $74 over a year ago.

Repeatedly, stocks tend to trade at pivot points. If you take the time to learn to sketch and identify your significant resistance points, you will be astounded at how early you can determine when a stock is ready to reverse direction.

Learn how to understand your candlestick patterns if you want the early indications that a stock is poised to reverse. Candlestick patterns are one of the few instruments that directly assess a transaction's evolving daily sentiment. If they occur at a resistance level, the reversal patterns do an excellent job of anticipating and predicting when a swing has reached its limitations most of the time.

There are several candlestick patterns, but just a few are exceptionally valuable as reversal signals.

MAs are among the most effective market indicators. Moving averages are the source of many indicators, including Donchian Channels and Bollinger Bands.

Moving averages might be basic, exponential, weighted, volume-weighted, or smoothed. All of these MAs function similarly, and their objective is to eliminate the noise in the standard MA.

Unlike the SMA, the EMA gives more weight to recent data.

There are numerous approaches to finding reversals using MAs. The most prevalent method is to plot an MA of your choosing on a chart. When the price moves beneath the moving average, the reversal (bullish) will be verified. The reversal will be confirmed in a negative trend if the price moves above the norm.

MACD is an oscillator derived from two moving averages. Typically, when applied to a chart, it moves to the bottom panel, and the indicator is applicable for both trend trading and reversals.

A MACD reversal occurs when the two moving averages cross one another, and the confirmation occurs when both lines continue to move in a negative direction. When the indicator drops below the neutral line, clarity increases.

Divergences, such as bullish and bearish divergences, are used to identify reversals. It is also susceptible to reversals when it reaches overbought and oversold levels. Nonetheless, the indicator tends to produce occasional false positives.

The Relative Strength Index (RSI) is another well-known indication of a reversal. Typically, the indicator captures the degree of recent price fluctuations. Like other momentum indicators, it is commonly used in trading to identify overbought and oversold levels.

When it reaches extreme overbought and oversold levels, the RSI can be used to find reversals. The two groups are typically set to 70 and 30 by default. Therefore, when a price reaches an extreme level, such as 90 or 10, it indicates a price reversal.

Recognizing a trend reversal is difficult, but understanding the current phase of the economic cycle is simpler. You can purchase or sell cyclical stocks depending on whether the economy is at its top or appears to be in a trough. Keeping an eye on the economic cycle and modifying your holdings as necessary can help you avoid significant losses and possibly even generate a handsome profit.